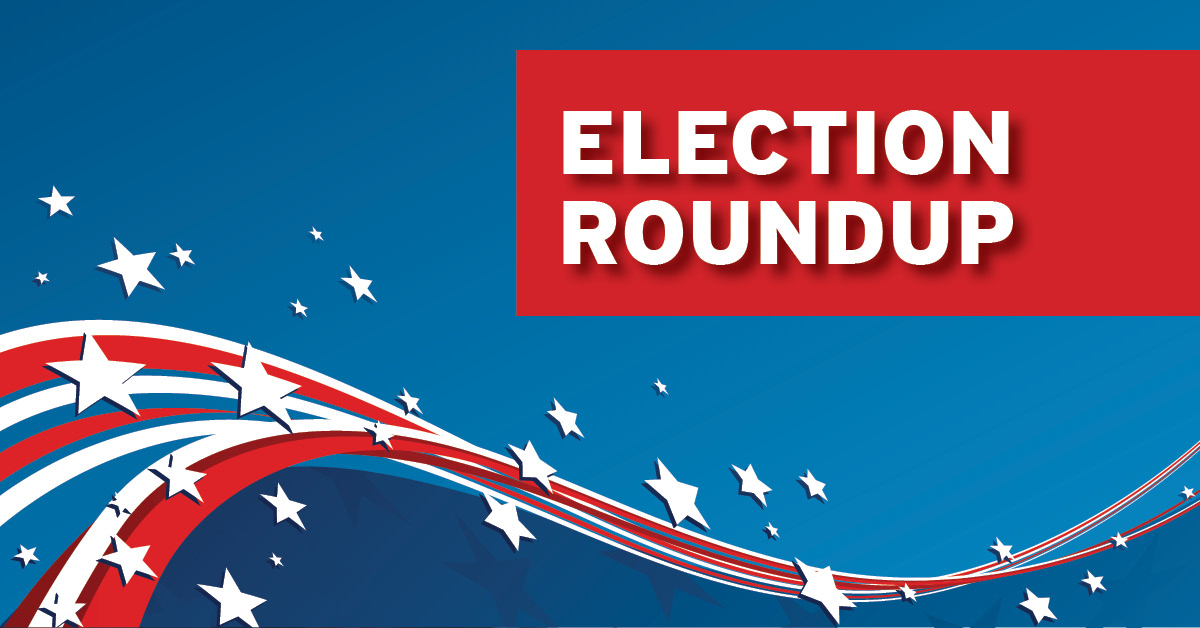 Spring Election Recap – The Good, the Bad and the Ugly

“The penalty that good men pay for not being interested in politics is to be governed by men worse than themselves.” PLATO.

It has been said that politics is the ultimate adult game.  If you do not play the game, expect to be ruled by those that do.  April elections in Wisconsin are now over. Locally, politics and elections had their share of what politics usually have – the good, the bad and the ugly.

The Periscope Group wishes to extend thanks to all the candidates that had the courage to run for elected office.  To the winners, we wish all the best. To those that did not win, you too are winners in that you were willing to devote your time in an effort to seek public office in the service of your community.

A final thought from The Periscope Group to the winners:  never forget who your boss is. You were first elected to represent and work for the best interests of those in your district; secondly, you are charged with the responsibility to work for what is best for the majority of all the citizens of Manitowoc.  Never forget, when it comes to voting to spend money, remember whose money it is. It is not yours.

District 1 gave Mr. Howe 336 votes.  District 7 gave Mr. Lotz 100 write-in votes.  It is hoped, in the future, more citizens can be encouraged to run for elected office.  Elections produce stronger candidates. Unopposed incumbent candidates do not have to defend or explain their positions or votes on issues.  This lack of transparency is not good for an elected republic.

At the wider city level, he has performed at a high level.  Now that the elections are over, it is hoped that Mr. McMeans will strive for more independence from the Mayor and as Council President, and seek to achieve a balance of power between the Council and the Mayor.  It is hoped that the “cozy group of aldermen” that has existed in the last few years will be brought under control or cease to exist. But the Periscope’s fear is that it may not only continue to exist, but actually become larger.  Voters, please pay attention to this and hold your official responsible. The Scope doesn’t think that it is fair to voters to have just a few holding so much power.

Perhaps District 3 had the potential to be one of those races that would go down to the wire and end up having to have a recount (as it did in 2017, when these same two candidates squared off with Novak winning by a razor-thin two vote margin).  Both candidates seemed to be equally qualified and during the forum and our Q & A had similar answers to our questions and positions on issues.  In the end, the power of incumbency won out. District 3 gave Mr. Novak 310 votes to Mr. Able’s 210 votes.  In the end, the election probably came down to Mr. Novak’s running a downtown business, sponsorship of community and charity events and his involvement in downtown business groups.  District 3 is the “downtown district”.

One of Mr. Novak’s strengths was shown by his independence and appears to not be part of any Council factions.  One concern: he has expressed a belief that many city problems can be simply solved by hiring more staff which leads to bigger budgets.  Standing up to a Mayor and Council group when it comes to taxes, spending more money or hiring more staff, will be hard. He is encouraged to keep his independence.  (Full disclosure: I live in District 3 and I supported Mr. Novak.)

Ms. Gabriel is off the Council and Mr. Jacobs is on.  District 10 turned out 44% of their voters, 708 for Jacobs while Gabriel gathered 274.  To say voters were looking for a “change” is an understatement. While Ms. Gabriel made many unforced errors and definitely displayed what has been described as “strange behavior” with her conduct and style working to represent District 10, she had to withstand a brutal attack from some of her holier than thou colleagues on the Council and the Mayor.  While she may have acted rather bizarrely at times, the Mayor and the Council seemed to hold her to a “code of conduct” that did not exist. Proof of this is the statement by Ald. Sitkiewitz that the Council is currently “working on a code for the Council”.

As it turns out, Mr. Jacobs was endorsed by Mayor Nickels and Alderman Brey.  It is fair to say, based on the actions or the Council at several of their meetings, there were many other aldermen wishing to see the departure of Ms. Gabriel.  Why? Was it more than her “bizarre” behavior? Could it have been that she sought change? Could it be that she did not march in lock step with the majority and she dared to stand up to them?   Or perhaps she did not like the way staff and department heads performed and made attempts to bring forth their conduct and performance? Maybe she saw and thought there was too much coziness between some aldermen, the Mayor and city employees?  If so, how dare she act independently! Thus, she was a threat and had to go.

Mr. Jacobs admitted in his interviews and at the forum that he was looking forward to again serving his community.  it is hoped that he lives up to this goal by seeking change, being independent of thought and not seeking or being lured into becoming one of the Council “insiders”.

The Periscope Group dropped the ball on these elections by not interviewing the candidates or previewing the election.  One of our biggest missions is to inform the public about these races, because otherwise they tend to fly under the radar.  We got a bit distracted by the “shiny object” Council races and fell asleep with the School Board. It will not happen again!

Four seats on the School Board were up for reelection and three incumbents ran for reelection.  Two new candidates also ran for the office, and voters could choose up to four of the five candidates.

Given what has been happening state wide with referendums for millions of dollars for school spending, it will be important to keep a close eye on actions and recommendations from MPSB especially when you consider Governor Evers’ budget regarding education spending and education policy contained in that budget.  Many challenges face education. Like many school systems, Manitowoc faces changing demographics, hiring teachers, federal education requirements, financial and educational accountability etc. and a shrinking number of children entering the school system. We all need to keep our eyes open regarding education.

While not a local race that the Periscope would closely cover, there is still no doubt that the State Supreme Court election said a lot about Manitowoc County voters, and will have a huge effect on Wisconsin going forward.

The race pitted two Wisconsin Court of Appeals judges–Brian Hagedorn and Lisa Neubauer.  For a race that is supposed to be non-partisan, it was anything but.

Judge Neubauer has long ties to the Democratic party, as an activist and a donor.  Her daughter is a current Democratic member of the State Assembly from Racine. A lot of “outside money” came in for Judge Neubauer mostly contrived by President Obama’s ex-attorney general Eric Holder and Planned Parenthood.  Judge Hagedorn used to be the chief legal counsel to Republican Governor Scott Walker.

Judge Hagedorn sold himself as a judge that would interpret the law as written not as a judge that would rule on how one might wish the law to be. Judge Neubauer sold herself as “independent” and challenged Hagedorn on his Christian beliefs.  Hagedorn won by 6000+ votes state wide and most analysts felt Hagedorn’s victory was because of a backlash against Neubauer and her state wide and outside supporters’ perception for anti-Christian positions. It is interesting to note that Manitowoc County voted 62.7% in favor of Hagedorn, but in the 2018 Supreme Court election pitting conservative Michael Schrenock vs. liberal Rebecca Dallet, Dallet won Manitowoc County with 50.4% of the vote.  This curious pattern was present in several Wisconsin counties, but no other county had as big of a swing from 2018 to 2019 as Manitowoc.

No, this wasn’t a local race and is out of the Periscope’s normal focus.  That didn’t stop Manitowoc Mayor Justin Nickels for chiming in:

Why is the Mayor of the CITY of Manitowoc so desperately invested in Manitowoc COUNTY raising its sales tax?  Is this just yet another slap at Bob Ziegelbauer? Do we know that Executive Streckenbach was re-elected mainly because he supported a sales tax?  Oh, and the Brown County sales will only be in place for six years, and will also be used to improve libraries, the County Fairgrounds, and a new expo hall.  Those are tangible “whats” that are severely lacking in Manitowoc’s lusty push for a sales tax. The County sales tax push is not going to go away. The Periscope will be keeping an eye on this, and you should too.

NOTABLE QUOTES FROM THE ELECTION

On being an alderwoman: “It is the best and worst job I have ever had.” R. Gabriel.

On representation: “District 3 is indeed lucky to have had two well qualified, dedicated, and experienced candidates to choose between.”   – C. Able.

On learning: “Through this process, I’ve learned there are things we can focus on doing better.”
– S. McMeans.

On taxes: “Nobody wants to see another tax come in because everybody knows that a tax, once it is there, it is never going to go away.” – J. Novak

On winning: “I’ve learned a long time ago to ease into things, but I am not saying status quo.”
– B. Jacobs.

On the future:  “What will we write about next?”  The Periscope Group. (Just a little joke there, plenty of new content on the way!)