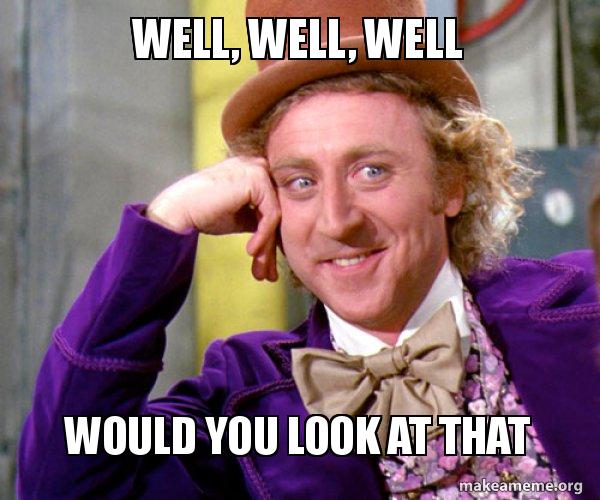 The February 15 primary for the Manitowoc Public School District (MPSD) yielded some interesting results! Here are the raw numbers:

If you were following this election, you know that “2 Matts and a Tony” (Phipps, Vlastelica, Spaulding) ran as a slate, as did the 3 incumbents (Nickels, Johnston, Sauer). The 3 challengers finished 1-2-3 with similarly clustered vote totals while the 3 incumbents finished 4-5-6 with similarly clustered vote totals. The 7th place finisher, Christopher Able, was eliminated and will not be on the ballot for the April general election.

This sets up a tantalizing battle for the general election. If the results of the primary are any indication, the general election is quite likely to be a decision between the incumbents or the challengers. The vote totals from the primary suggest that very few voters split their between one challenger and two incumbents or vice versa. The changes within the two groups–such as Matt Phipps getting 59 more votes than Tony Vlastelica, and Lisa Johnston getting 88 more votes than Meredith Sauer–likely are due to voters voting for 1 or 2, but not all 3,members of a given slate, but no members of the other slate.

How significant are the results of the primary? Hard to say, but almost all rational signs point to them being very positive signs for the challengers. Incumbents typically do well in primaries due to name recognition and to having mechanisms in place to get voters out. In addition, the incumbents did a very good job of getting out yellow yard signs with all three of their names. On the other hand, the challengers also did a very good job with their “2 Matts and a Tony” tagline and their presence on social media and with billboards and signs.

Another fascinating finding is the number of votes cast. In the February 2021 primary, when there were 10 candidates running for 4 spots (with the primary cutting the field to 8), the 10 candidates got a total of 7,996 votes. This year, with 7 candidates for 3 spots, there were a total of 13,559 votes. This is a stunning increase in the number of voters. I do realize that votes and voters aren’t the same thing because you could vote for more than one candidate, but that is taken into account, the increase is actually even more stunning, as you could vote for up to 4 candidates in 2021 and up to 3 in 2022.

I believe that the reform/anti-incumbent movement that appears to gaining significant momentum started sometime in late 2020/early 2021, largely but not solely in response to the district’s response to COVID. Two reformers–Collin Braunel and Stacey Soeldner–ended up getting elected in 2021. (Stacey is my wife.) In 2022, the reform movement seems to be on steroids! Another year of head scratching behavior (more on this a bit later) by the School Board has further angered voters and has prompted more reform-minded challengers to run. At the very least, this is giving voters a real chance to have a voice that will absolutely shape the board for the next few years. Regardless of the outcome, that is a welcome change from the stagnation that we seem to see on many local elected bodies.

I also believe that some voters were led to believe that the reform movement might have run out of steam when the autumn 2021 attempt to recall Dave Nickels and Meredith Sauer failed to get enough signatures to even prompt a recall election. Supporters of the incumbents used this result to argue that the public must be happy with the direction of the current board. The results of this primary blow a huge hole in that narrative.

Count on both sides to double down leading up to the general election, which should lead to some real fireworks. Already, we see the incumbents leaning on their experience and qualifications, as well as a sense of calmness and decorum. In return, the challengers are pointing out the lack of accomplishment and direction of the school district, arguing that a change is imperative.

There have been a few interesting happenings in the short time since the challengers announced their candidacies and their correspondingly aggressive platforms. First, the School Board (or, more specifically, President Dave Nickels) hastily and clumsily assembled a “Discipline Committee” in response to community concerns about out of control discipline problems in the District. Then, the District announced that it would be rescinding its mask mandate. THEN, at its February 22 meeting, the Board voted to suspend public comments at future meeting until a “safer alternative” way of presenting public input could be identified.

It can be safely suggested that all three of these decisions, in one way or other, were overwhelmingly motivated by politics. Discipline has been widely understood to be a problem in the District for years, but all of a sudden now–in election season–the School Board “addresses” it using a window dressing ad hoc committee? Masks have been known to be unnecessary, and likely even damaging to children, for months, but all of a sudden now–in election season–the Superintendent rescinds the mandatory mask policy, citing overwhelming “scientific” evidence? (Remember, the Superintendent has the sole authority to form COVID policy, because the Board gave it to him, and repeatedly refused to take it back.)

Then there’s the piece de resistance–The Board’s decision, passed by a 4-3 vote on Feb. 22, to suspend public input, and to make Board meetings virtual, until a “safer alternative” can be found. This decision effectively shuts out the public from being able to speak at meetings. Yes, I know that people are saying that this is not prohibiting public speech–It’s simply suspending it. But, let’s be honest? The optics are clear that this is an attempt to shut out the public. But how would this be a political maneuver aimed at winning voters over to the incumbents’ side? It might not be, I must admit: I think there’s a very good chance that it’s a sign of political tonedeafness, rather than shrewdness.

I think that there are two possibilities here that would explain the motivation behind this harebrained maneuver. First, the Board really is scared of the public speakers and are making a move to protect themselves. Kerry Trask, for one, expressed horror because members of the public all wore the same color shirt to a meeting. See below for the video.

First, the Board really is scared of the public speakers and are making a move to protect themselves. Kerry Trask, for one, expressed horror because members of the public all wore the same color shirt to a meeting. That video is included here.

Even if that’s true, for one, it displays a lack of any kind of perspective about what it means to be a public elected official. Someone disagreeing with you–even if done somewhat boisterously–is not in and of itself a physical threat. Second, if certain board members do feel threatened, wouldn’t a more reasonable and even handed solution involve having a police officer or security guard present? If the threat is real and has been present for several meetings, why hasn’t that been tried?

The second, much more political, motivation behind this public comment gambit would be an attempt to get voters to believe that the challengers and their supporters are nothing but a band of disruptive, violent insurrectionists, and you better not vote for them if you want to board to degenerate into anarchistic disarray. This is a common tactic in national politics, where Republicans are frequently painted as insurrectionists or anarchists. No civilized person should want to be associated with this band of miscreants, the argument follows. So, maybe that’s the clever maneuver being used here? If it is, I simply don’t think it’s going to work.

As I pointed out in my last article, there’s a wild amount of gaslighting and wordsmithing being done by supporters of the incumbents. With the public input, we’re being told that public input is NOT being eliminated–It’s just being suspended until a safer alternative can be found. But no one is putting forward any “safer” alternatives, so. . . Another wordsmithing effort is being made in response to the challengers’ claim that MPSD is in the “lowest 8%” of Wisconsin school districts. This number can be easily calculated using numbers from the Department of Public Instruction, which is the state agency that oversees public schools! But, we’re being told no, that number is not accurate, and the incumbents even posted a knee-slapping message from someone at the DPI stating, essentially, that their numbers mean nothing. Then why do they put them out?

This race is going to be fun to watch. We’ll put out a preview article in advance of the April general election.