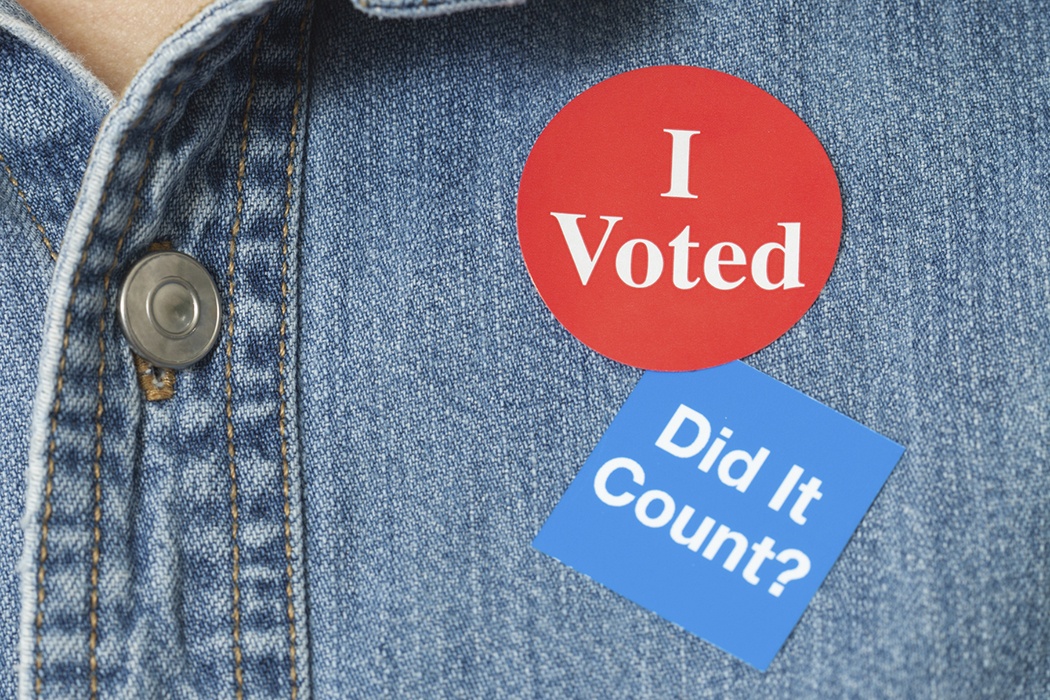 During the run up to the spring 2020 election I was not allowed to go to my workplace in Green Bay due to the COVID scare.  Knowing that many Manitowoc poll workers might be unwilling to work this year due to COVID, I sent an email to the Manitowoc City Clerk and offered to work at the polls if they needed help. She quickly accepted and sent me a training video to watch which I did and then waited for my assignment. I was lucky to draw my home polling place and so I arrived as instructed and was provided with a few more instructions from a very knowledgeable head worker.

Since Manitowoc uses the new Badger Book electronic sign in system it was a very easy and exact system to allow someone to vote. There are a handful of accepted photo ID’s that are allowed so when I asked the voter for ID they would set it on the table and I would check the appropriate box showing what was presented. (I did have one sheriff’s deputy that had to go home and get his driver’s license since his department ID was not an acceptable form).  The voter is then given a ballot and sent to their voting booth. Upon completion they would scan their ballot into the machine and if it was done correctly, the ballot is accepted. If for some reason the ballot was not done correctly the person would be issued a new ballot and the spoiled ballot was marked and invalidated. At the end of the day voting machines are tabulated, information is transferred onto thumb drives, envelopes are sealed and signed by multiple poll workers and then the foreman brings them to City Hall for processing. It’s a good system that ensures people are allowed to vote and prevents people that are not allowed to vote from casting a ballot.

The next day I was notified by my employer that workers from some other City departments were required to report to work to assist the Green Bay City Clerk in processing absentee ballots. That experience was scary to see the least.

First, how would you know if your absentee ballot was returned to the city clerk? You wouldn’t!  And remember your name is on the cover of that envelope so anyone that knows you, may have a pretty good idea how you voted. Maybe your ballot is one that gets lost in the shuffle?  How would you know?

But let’s assume that your absentee ballot makes it safely to the clerk and is ready to be processed. When I was tasked with assisting the tabulation of these ballots, I had a partner seated next to me and we had the following procedure. We each had a numbered list of all the people that requested an absentee ballot.  They envelopes were already opened before I received them—Not sure who opened them.  Next, I would take the ballot, write the voter’s number on the top of the ballot while my partner did the same with the envelope. Those numbers match the voter list so there is no such thing as an anonymous ballot when you vote absentee.  When I unfolded these ballots, I had a pen in my hand to write down the number.  If you didn’t vote in each race, I could easily make a quick dot next to the candidate I like. If you voted for a candidate that I didn’t support, I could easily make a tiny mark next to another candidate’s name and—ta-da!–you just overvoted and your ballot is rejected.   And you can’t correct the overvote as you could have had you voted in person.

It’s true—In order for many of these things to occur, the person or people in question would have to have an illegal and immoral intent.  In this political age of doing anything to win, and the ends justifying the means, does this sound crazy?  And don’t forget that there are lots of other ways that mail-in voting could be derailed, such as ballots getting lost in the mail, ballot harvesting and intercepting, etc.

The bottom line is, there are so many people that have golden opportunities to lose, destroy, alter or void your ballot during the absentee process that I will never recommend someone to vote this way unless they are physically unable to go in person. I’m grateful I was able to see how both methods of voting are processed in Wisconsin and my eyes are wide open.  Hopefully my experience will open your eyes as well.