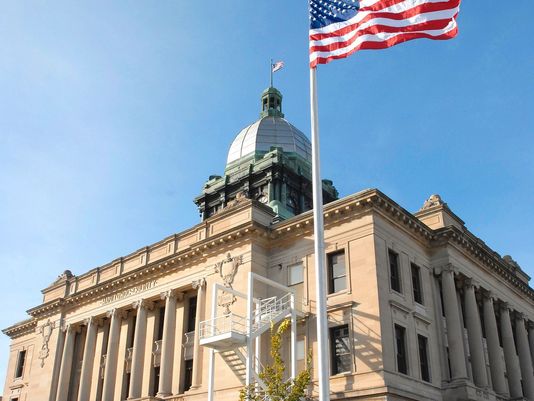 Just like the bad guy in a horror movie, the proposed 0.5% County sales tax simply will not die.  This villain appeared to breathe its last breathe when County Executive Ziegelbauer (who has adamantly promised to veto the tax) was narrowly reelected in April.  But Taxers will not let the opportunity to take more money out of your pocket slip by without a wicked fight, so here we are again.  (Throughout this article, I will use the word “Taxers”—with a capital “T”—to denote that special class of politicians who constantly look for ways to take more money out of your pocket for no reason other than that they have the power to do so.  The current pursuit at the County level is the sales tax, and at the City it’s the wheel tax.)  The County Finance Committee continues to discuss this, and all indications are that it is heading for a vote, or maybe an advisory referendum (which would ask the public their opinion on the matter, but the results of which would not be binding).  They won’t let it die!

It is estimated that a 0.5% sales tax would generate $6 million per year in additional money to the County.  The idea is that the County would collect that tax and then redistribute some of it to the towns and villages;  this is the mechanism that is in place in Sheboygan’s county sales tax that went into effect in 2017.  The most common argument that Taxers have been using in support of the tax is that it will be used for infrastructure.  I must give the Taxers some credit for using this line of reasoning, because it does strike a nerve with many voters.  Indeed, any of us can think of a bumpy road or weight-limited bridge that we come across from time to time.  If just a few extra pennies on our lunch bill would take care of this, it would be well worth it, and it would be an investment (another favorite word of Taxers) in our future!

The infrastructure argument is flawed for a number of reasons.  First, while county specific data can be hard to find, if you look at some of the rating information that is available, Manitowoc County’s infrastructure generally falls into the middle range of Wisconsin counties.  This is not great, to be sure, but it is by no means the worst that Wisconsin has to offer, as the Taxers are trying to make you believe.  If you travel around the state at all, do you notice other counties that have noticeably better or worse infrastructure than Manitowoc?  Yet, 66 of the 72 counties in Wisconsin have a sales tax.  If a sales tax is really the answer to infrastructure problems, what is going on in those other counties?

The County is already embarking on a more ambitious infrastructure program in 2018, which should move us up in the rankings.  The Taxers are pretending to be horrified the County is borrowing (bonding) for infrastructure this year—They are saying that it would make so much more sense to raise the sales tax!  However, bonding is a commonly used mechanism to pay for longer term expenditures in all levels of government and, when kept in check, is a responsible way to pay for improvements.  It’s not that much different than when you take out a mortgage on a home.  You expect to live in a home for a number of years, so it makes sense to spread out the payments over the life of the home so that you can pay it off in installments that you can afford when you first buy it.  Government bonding is done for the same reason.  The County’s debt is very low (much, MUCH lower than the City’s), so bonding for some of these infrastructure improvements is a very responsible way to pay for them over time using payments that it can afford—without raising taxes.

However, the biggest reason that the infrastructure argument is flawed is that there is absolutely nothing compelling the County Board to use that extra money for infrastructure, regardless of what they might be telling you or how well-intentioned some of the supporters seem to be in believing that it can.  According to the County Corporation Counsel, when the County distributes the sales tax to the towns and villages, the County can’t compel them to spend the money on infrastructure.  Similarly, there’s nothing forcing the county to spend its portion on infrastructure either, and even if the current county board intends to do so, future County Boards could do whatever they wanted with the money.  (Remember, this 0.5% tax will be in place forever.)

In the current economic environment, Manitowoc County should be doing everything it can to differentiate itself from other Counties when it comes to attracting business.  I believe that having lower taxes would be one way to do this.  Taxers are saying that because almost every other county has this tax, we should too, and I’m saying just the opposite.  We need to stand out as not having a sales tax.

Speaking from experience, one of the greatest urges that elected officials must overcome is the temptation to take other people’s money for no other reason than that they have the power to do so.  These officials come to believe that they are smarter than the people that elected them.  Because of that, they believe that they are better able to spend your money than you are, and they keep coming up with more ways to take more of your money.  This is a dangerous and potentially corrupting temptation.  If you agree, please contact your county board representative and urge them to oppose this unnecessary tax.

http://www.co.manitowoc.wi.us/media/6379/finance-committee-minutes-7-9-18.pdf  –Minutes of the a County Finance Committee meeting where the sales tax was discussed

https://www.washingtonpost.com/graphics/national/structurally-deficient-bridges/?noredirect=on#55027  –One source that has County-level bridge deficiency data

https://www.htrnews.com/story/opinion/2018/07/13/donald-trump-republicans-turning-country-into-its-own-worst-enemy/780416002/   — The third letter in this thread makes the argument that bonding for infrastructure is reckless and it makes more sense to raise taxes instead

https://www.htrnews.com/story/news/2018/07/06/manitowoc-county-executive-bob-ziegelbauer-letter-opposes-sales-tax/763342002/  –This article contains the County Corporation Council’s legal opinions about how the sales tax could be used