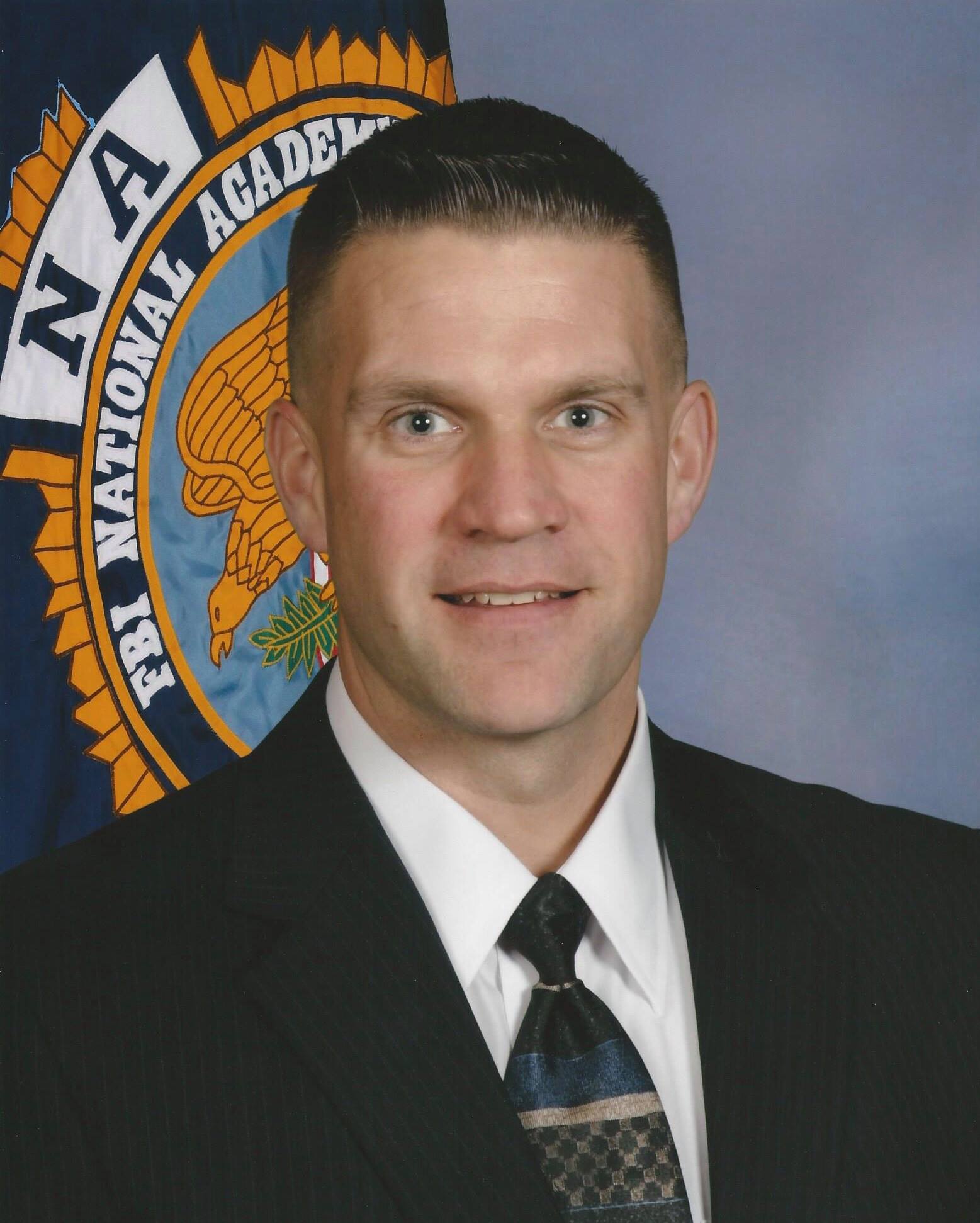 The Periscope Group recently had the opportunity to sit down with Manitowoc County’s new Sheriff, Dan Hartwig.   Sheriff Hartwig was sworn in on Monday, January 7th at the Manitowoc County Courthouse. He succeeds retiring Sheriff, Rob Herrmann.

We encourage you to meet Sheriff Hartwig whenever you may have the opportunity in the future. He was very inviting and welcoming to us during our interview and made us feel very comfortable.

Here is an edited transcript of our discussion.

Why did you decide to run for Sheriff?
Actually, I always like to tell people it’s kind of a childhood dream. I was born and raised in Manitowoc County. and I ended up looking at several several law enforcement agencies and the Sheriff’s office always stuck out to me.  I like county law enforcement because it’s a constitutional position. I remember back in high school and the first paper that we had to write in our English class was what you want to be when you grew up. So, at Two Rivers High School if you ended up staying there all four years what ends up happening is when you’re in line for graduation, they handed you a letter and that was actually the first paper that you wrote in that English class. I still remember to this day that the paper I wrote stated that I wanted to be Sheriff of Manitowoc County. So, I kind of took myself on a path to get hired here and was fortunate enough to get hired here….I had a good career over the past 20 years and I knew this time was going to be coming and decided to pull the trigger (on running).

Were you surprised that you ended up being the only candidate?
Not necessarily.  I know I’ve done a lot of things in my career.  I teach at Fox Valley. I teach at Lakeshore Technical College.  I coached football for the past 22 years. So I’m very well invested in the community. I volunteer on the executive board with the men’s homeless shelter over at The Haven.  I’m a member of Kiwanis in Two Rivers plus multiple law enforcement organizations, but a lot of my co-workers and a lot of others in law enforcement in this community knew what my plans were down the road and I think a lot of people just realize it was a good fit.  It could be viewed as a good thing that nobody else ran, or it could be a bad thing that no one else wanted it, I don’t know.

When you announced your run on Facebook, you indicated that you planned to “establish transformational leadership” in the Sheriff’s office.   What exactly does that mean, and does that imply that the leadership style of the past wasn’t working or needed to be changed?
Transformational leadership is getting everyone on the same page. Another way to look at it is servant leadership. Basically, I’ll be in a position to clear obstacles away from the employees…get engagement from the employees so we can make this place a great place to work and a great place to live. A lot of that is getting input from the employees to solve problems. Your greatest resources is your people.

Did you feel in the past that there was room for improvement?
Not necessarily.  I think it’s kind of my own vision, how I think that this agency can move forward.   I wouldn’t cut down any previous administration. Everybody has their own way of doing things. I think transformational….getting that synergy inside of our workplace with our employees and building that trust with them is absolutely the way to go.

Also from your Facebook announcement, you say that you will “promote a team environment where employees feel safe to do their jobs, acknowledge their own value. . . is that an insinuation that those things weren’t being done before?  People didn’t feel safe to do their jobs?
Safe in their work environment.  So one of the things I always like to look at is Southwest Airlines. You look at Southwest Airlines..how they work with their employees, how they build trust with their employees. One of the things with making people feel safe is getting them on the same page, keeping clear communication, but in making them feel safe that when they make decisions, they’re not going to be second guessed they’re trained appropriately to do their jobs.

What types of things that you may change or do to implement those changes?  Is there a plan? Do you have benchmarks or things that you really want to implement?
There are some different things.  Especially with our county sometimes, we’re behind the times a little bit with things.  Social media is one huge thing–We just got our Facebook page fired up a few days ago. One of the things with that, is, we have 79,000 people residing in our community.  As far as social media, Facebook is by far the most used social media platform that people use. As far as improvements, one of the things that I look for is, as far as us and our community relations, the people are part of the community.  They’re going to be our eyes and ears. Our law enforcement officers on the street will be our hands and feet doing the job. So, if we can have an extra 10,000 sets of eyes out there, just by helping push department information out to the public, it’s going to benefit us, and it’s going to benefit the community.

As far as some other things to get us up and running, there’s a company called LexiPoll.  What this company does is automate all of our policies and procedures. Everything is cloud based.  Whenever there is a Supreme Court decision, or a new law coming out, anything like that that could change our work environment, this company pushes those out to us instead of us finding out about it at a later time.  So, that’s going to put us at the top edge of staying current.

Do you anticipate any pushback from any changes that you might make?
The term I like to use is, some people want change, but sometimes people don’t like change. Some of the changes that we implement, a lot of times is getting everybody to understand the reasons for it, and then moving slowly into it, rather than just a blanket policy chance.  If you ease into a lot of these things, the change is going to go over a lot easier.

We have 110 people inside this building at any given time.  Email is easy, all you have to do is type something out, but there’s no relationship base to it.  One of the questions I was asked is, are you going to wear a uniform? Absolutely! I’ve worn a uniform for 20 years–Why would I stop?  That’s where servant and transformational leadership comes in. You are one of them.

We’re down six positions right now.  Recruitment and retention is going to be one of the main things in this first year.  We don’t have many people going into law enforcement right now. Of the people that apply, only about half are certifiable, and we are competing with other law enforcement agencies.  To be certifiable, it’s 720 hours of training, not to mention you have to go through a hiring process, and once you’re hired here, they go through 14 weeks of field training, so a lot times just to get an officer, by the time you get them in a squad car, it could be 9 months!  That is a huge investment on our agency’s part, that’s why when we end up losing someone, it’s such a hard hit.

The opiate crisis concerns everyone.  What is law enforcement’s role? What things are outside of your control?  How can you use your role as sheriff to influence other institutions?
The opiate crisis has been here for a while, everybody likes to put their blame on different things that have happened.  I dont think it’s singularly a law enforcement issue, it’s a community issue. One of the best things that we have going on in our community is that we have a lot of nonprofits stepping up to the plate.  The County Executive funded six positions for resources for opiate addiction. The biggest thing is, number one, getting that person removed from the drug environment. There’s a drug now called Vivitrol, it kind of blocks the opioid receptors, get them removed from that environment, get them sobered up, and get them on Vivitrol–bare bones that’s the best thing to do.  We got a State grant to get 40 doses of Vivitrol–We’re one of the test subjects with that.

Drug Court has been absolutely wonderful.  They just had a graduate, I think they have a couple more coming up.  Again, it’s not just a law enforcement issue, when you look at it from a community based perspective, everyone has a little piece of the puzzle.  Our Metro Drug unit is essential to this community.

Fair or not, as long as the Making a Murderer series chugs on, you are going to have to field questions about it.  How will you strike a balance between defending the department’s reputation while not stoking the media firestorm?
That case had a six week trial back in 2007, and in 2015 came up in a miniseries on Netflix.  That case has been through the court of public opinion every which way since Sunday. It doesn’t matter–whatever we would say about it, it’s going to be taken out of context.  Tomorrow’s another day. We’ve got some great people who work here. I love this community. We’re looking forward. That’s what the community expects of us, and that’s what we’re going to do.  We don’t respond to any of the negativity. The (Avery) case is in the hands of the Attorney General of the State of Wisconsin. My concern is the employees that we have here and the people that we serve–At the end of the day, that is whose opinion matters to me.  I answer to the people of Manitowoc County.