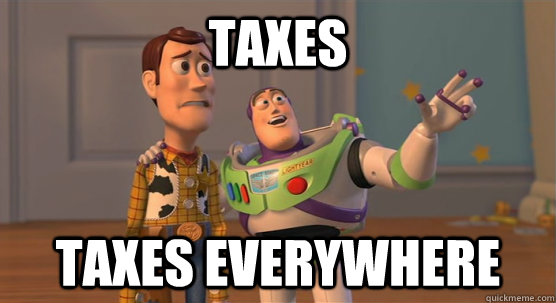 I collected my mail yesterday and found correspondence from the Department of Transportation advising me it was time to renew my automobile registration.  Opening the letter, I found the usual renewal form and its accompanying fee, this year in the amount of $95 dollars.  As you may recall, the state registration fee for an automobile is $75.  So why was my fee $95?  You guessed it!  Looking at the bottom of the renewal notice was this appended statement:

“Your registration fee includes a $20 wheel tax levied by the City of Manitowoc.”

Thank you Mayor Nickels and our Common Council.

THE PERISCOPE GROUP published an extensive analysis and opinion piece, including alternate suggestions, regarding wheel taxes, www.theperiscopegroup.org/wheeltax2.  The Mayor included this tax in his budget.  Prior to the development of this budget, no substantial input was sought by the Mayor or the Council regarding the wheel tax.  No public input was sought i.e. in an advisory referendum. Why?  I submit the reason was our leaders knew full well this form of tax would not be supported; thus, the only way to get this new tax was to place it as a budget item.  And as usual, practically no one on the Council had the courage to stand up to the Mayor against his new tax.

It seems the Mayor and the Council have never met or heard of a tax they do not like.  The Mayor and his supporters on the Council are pushing for support and lobbying the County Board members to vote for ½ penny county wide sales tax.  Such a tax, they argue, already exists in other counties and we should follow suit. They argue it is needed for infrastructure.  But do they ever try more economical ways to do things?  Do they search for ways to reduce expenditures?  Not likely! Change is too hard!  Employees might push back!   So, our leaders take the easy way out.  They raise taxes.

There was an article in the Herald Times Reporter titled, “Manitowoc County Debt:  Walworth County offers example of how to break wasteful cycle” on March 6, 2019. In the article, the author (Maura Yost) rather wonkily discusses Manitowoc County’s current debt, debt service and the financial history of Manitowoc County under the leadership of County Executive Bob Ziegelbauer.  She argues in support of Chris Edwards, director of tax policy studies at the Cato Institute, regarding “bonding”.  Edwards describes bonding as a “hidden tax”.  But the subject of my article is not about the pros and cons of general obligation debt (bonding) but taxes.  Later in her article, she cites a Wisconsin County, Walworth, which, in her opinion, is an example of debt control that Mr. Ziegelbauer might consider following.   Again, my article is not about ways to control debt.  It is about taxes.  As you read her opinion piece, buried in the thirteenth (13th) paragraph of the article, Walworth County, in 1986, passed a ½ penny county sales tax.  She states, “As an early adopter of ½ penny sales tax, Walworth County now is debt free…”   I ask this question:  Do you really think that adopting a ½ penny county sales tax allowed Walworth County to become debt free?  No!  But it is obvious to me that the author of this piece is a supporter of Manitowoc adopting a county wide sales tax and has chosen to lobby for its support by citing Walworth County.

Now we have a proposed budget from our new governor, Tony Evers.  Estimates of the cost of Governor Evers’ budget amount to a net tax increase of 688.7 million dollars over two years.  To make matters worse, built into the budget is an accounting trick called “base year doubled”.  This accounting trick is somewhat complicated to spend time on an explanation, but the long and short of the trick is that it assures a continuing increase in taxes over the defined period.  Even the Milwaukee Journal www.jsonline.com has given the governor a complete flip flop rating. On numerous occasions, Evers declared, “I do not plan to raise taxes.” In my opinion, I am sure no one believed him when he made that declaration.  For the complete Governor Evers’ Biennial Budget, go to:  www.maciverinstitute.com for a detailed analysis of the entire budget.

Here are a few highlights from an initial reading of Tax Cuts and Tax Hikes in Governor Tony Evers’ 2019-21 Budget Proposal. Click here for the detailed graphic.

In all, the Governor’s budget has been estimated, if it is passed, will raise taxes by at least 10%.  It totals 83.5 billion dollars which is 7 billion dollars more than Governor Walkers’ last budget.  Speaker of the House, Robin Vos (R-Rochester) described the budget as a “liberal wish list”. Read and listen here.

Aside from the tax increases, Governor Evers’ budget contains numerous ideological policy changes that were place in his budget.  They were strategically placed there because he knew there was no way that they stood any chance of being passed by the Senate or Assembly.  Here are a few of them as referred to here at the MacIver Institute:

By now you should be asking the question, “Where am I going with this article?”

As stated several time before, this is an opinion piece on taxes.  It is important to remind the reader of the results of the election of last November.  Manitowoc County voted 62% against then candidate Tony Evers as referred to in one of our previous stories here.   By extension, one can assume that an overwhelming majority of Manitowoc County would be against Governor Evers’ massive increase in taxes and policy changes.  Why is this important?

I began my piece describing how, in my opinion, we have a Mayor and a Common Council that seems to never find a tax that they do not like or would like to impose on Manitowoc citizens.  Their actions and intentions are proof of this statement.  Given this history, it is very likely, the Mayor and some members of the Council, in the pursuit of new money, will embrace many of the items in the Governor Evers’ budget.  This is why a reference is being made to the proposed Evers’ budget.

To complicate tax issues, we now have a new, recently approved Downtown Master Plan which was featured by THE PERISCOPE GROUP last month in a previous report here.

Read the Downtown Master Plan in its entirety here.

You will see that nowhere in the plan are actual dollar estimates given.  Idea items are only listed by a cost rating using $ signs ranging from one (1) $ sign up to multiple $ signs.  No value is given to the $ sign.  It is obvious that the implementation of most or parts of the Downtown Master Plan will cost millions of dollars.  Some money will obviously come from private investment.  But what about the rest of the needed funds?  Does some type of a proposed tax increase come to mind?

At this point, given the history of taxes in our city and county, extreme caution must be raised by THE PERISCOPE GROUP regarding any intention the Mayor and Council may have pertaining to raising any form of tax.  Unlike the wheel tax, any tax proposal must be done with complete transparency and input from the public.  Our leaders must remember and be reminded of how our citizens voted in last year’s elections.  By our vote as a county, we stated we want our leaders to hold the line on taxes and to reduce spending where they can.

As is the mission of THE PERISCOPE GROUP, we will faithfully be monitoring the actions of our elected leaders.  When it comes to spending our money, we will hold them accountable and remind them it is our money not theirs.

P   To what degree are you willing to see your taxes rise to implement the Downtown Plan?

P    Are you in favor of a county wide sales tax?

P   The wheel tax:  do you think it was a fair and transparent way to in act a new tax?