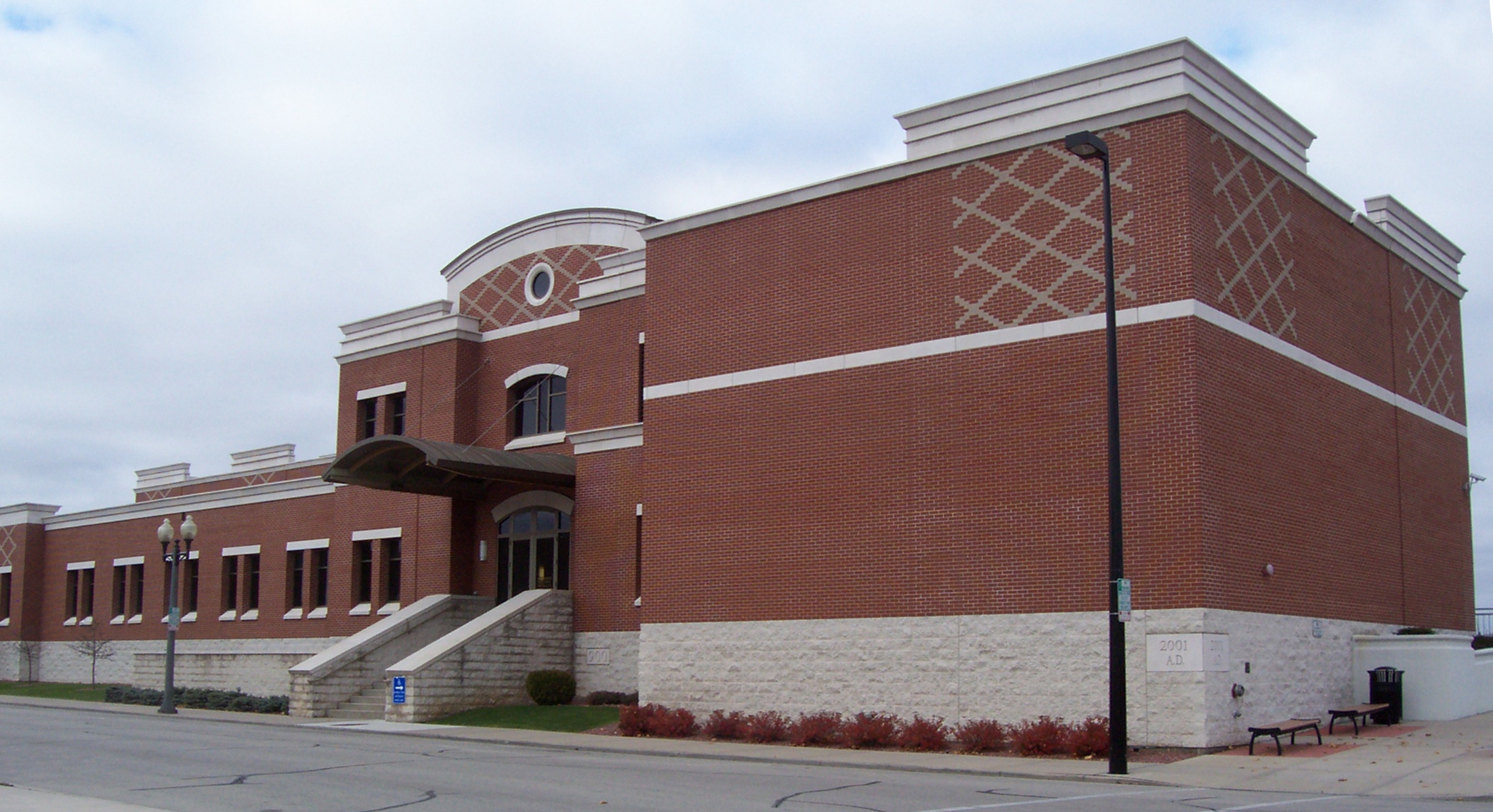 City Hall and Politics – Just like Peanut Butter and Jelly?

You may remember the rather bizarre situation that occurred on the City Council this past spring, when Ald. Rhienna Gabriel was censured and punished by her fellow members by a 7-3 vote for actions that the Council deemed as unsuitable for an elected official.  These actions were apparently set in motion when Ald. Gabriel dropped off a six pack of beer and a cryptic note at a City employee’s home. Here’s the article from the Herald Times to help refresh your memory:

I would like to revisit this situation to of course give my take, but also because I think that it involves rather important concepts that shouldn’t be forgotten about.  I also think that some of the talking points on both sides of the issue may be missing a bigger and more profound point.

I was a member of the Common Council up until April of 2018.  Not only do I know all of the people involved in this situation, but I was also still on Council (albeit in my last weeks) when the Mayor sent out the following email to the entire Council saying that the beer had been left on an employee’s porch.  I have redacted the employee’s name because for some reason that I cannot fully fathom, he/she is not being named. (Kathleen McDaniel—who is named in the email–is the City Attorney.)

Last evening XXXXXXXXXX found a letter and 6-pack of beer (with 1 missing) outside his/her back door at his/her personal residence. I attached a photo of what was left there.

XXXXXXXX contacted me immediately because one of his/her children was the first to find this at their home. I contacted Council President McMeans and updated him on the situation, and he agreed that we should let the entire council know this happened since XXXXXXXX is a XXXXXXXXX.

XXXXXXXX is filing a police report to see if there is any way we can find out who did this.

If any of you hear of anything, whether this is from a co-worker, citizen, or whomever, please let Kathleen McDaniel or I know as soon as possible. XXXXXXXXXXXX’s children are a bit startled by this, and I don’t blame them. This is completely unacceptable, especially at his/her personal residence.

I remember thinking at the time that there didn’t seem to be anything overtly threatening about the beer drop or the note, and that there must be more to the story—Otherwise why would the Mayor be making such a big deal about it?  And why on earth were the Police getting involved? To be sure, the note was cryptic but again, unless there was a dark, hidden meaning, it did not strike me as threatening, and if you had a certain sense of humor maybe could have even been seen as amusing, or perhaps as an inside joke between the two parties.  For example, it could have meant that Ald. Gabriel was encouraging the employee to “get back” at the other employees by dropping beer off by them. Yes, I will admit, it also could have had a more sinister connotation.

As we learned more, we found out that there was a pattern of behavior from Ald. Gabriel that did involve what could be interpreted as curious, perhaps mildly threatening, and certainly unusual.  It usually involved deliveries of beer and/or cryptic notes at the home or office of various City employees. Ald. Gabriel was also known to show up at City Hall unannounced with demands to visit with various employees.  This could be interpreted as intrusive, while others would argue that it’s her right and her duty as an elected official, since she is one of their bosses. Finally, my understanding is that she had been openly meddling in an employee’s management style.  (This is the same employee that started this chain of activity, and this too could help explain the beer drop-off—Perhaps Ald. Gabriel did it as an olive branch. But—Maybe not!)

The aldermen met a couple of times to discuss this matter, which the recommended action against Ald. Gabriel being that she not be allowed to vote on her standing committees (each alderman is the member of two standing committees) and that she could not meet with a City employee without an appointment and an agenda.

The matter was not final until the full City Council met and voted on the matter, and that is the newspaper article linked earlier.  It is definitely worth watching the actual recording of the meeting, which can be viewed here:

(The meeting agenda is shown below the video window and you can jump to an agenda item by clicking on it—18-0532, Resolution Censuring Ald. Gabriel for Inappropriate Conduct.)

Striking to me was the anger, hatred, and sheer cruelty displayed to Ald. Gabriel by several of her colleagues.  I also found somewhat amusing the absolute bewilderment of several aldermen and the Mayor who were fixated on why Ald. Gabriel didn’t apologize or explain what her notes meant.  To be fair, I do think that Ald. Gabriel could have helped herself out immensely by at least expressing regret, but whether she did or didn’t misses the point.

I think that there is merit on both sides here, but I also can find fault on both sides.  I think that Ald. Gabriel’s behavior, when viewed from afar, is probably outside the sphere of where most people would normally behave.  It’s not within most people’s MO to simply show up at someone’s house uninvited, with or without malt beverages. I also think that playing coy and evasive with investigators from her own police department was exceptionally unwise, even if she had some master strategy for so doing.  If Ald. Gabriel had simply owned up to the caper right away, this whole matter probably would have dissolved. For example, I think that she could have easily explained, when this first came up, that she left the beer in an act of conciliation/friendship, but that she could understand where it could have been misinterpreted, and that she felt bad if it had been.  The matter would have been dropped right there—The Mayor and the aldermen who favored this action would have looked foolish if they pursued it from there.

On the other side, Ald. Gabriel has also repeatedly pointed out that this whole process has been politically motivated—And I think that she is 100% correct there.  To support this claim, I will suggest that the Mayor and a group of aldermen and/or department heads who appear to be closely allied with him find Ald. Gabriel to be a nuisance who doesn’t march to their drummer, and they took this opportunity to weaken her, or to get her to resign.  The fact that the Mayor sent out that blustery email after the beer was dropped off lends credibility to this idea, as does the baffling early involvement of the Police Department. However, I do agree with this uncomfortably cozy group that Ald. Gabriel’s behavior was unusual and must have been getting disruptive at City Hall.  It’s not clear at which point that type of disruptive behavior should be tolerated, or how it could otherwise be curtailed.

Regardless of how you feel about Ald. Gabriel’s behavior, how it came to be a police matter in such a short time, and whether the episode and response were politically motivated, the City Council absolutely should not punish another member simply because they don’t agree with her way of doing business.  Consider: The voters of District 10 elected Ald. Gabriel to represent them. The aldermen from seven other districts have decided that Ald. Gabriel shouldn’t be allowed her full powers to represent her district. When power is taken away from an alderman, it is also taken away from the voters that elected that alderman to represent them.  This is a very serious matter. If you are a voter in District 10, you should strongly examine whether aldermen that you have no way of voting out of office have taken it upon themselves to usurp the power of the alderman that your district willfully, fair-and-squarely, voted into office. If you live in District 10 and view Ald. Gabriel’s conduct as something that you aren’t comfortable with, then your democratic recourse is to try to get her out of office the old fashioned way—By voting her out.