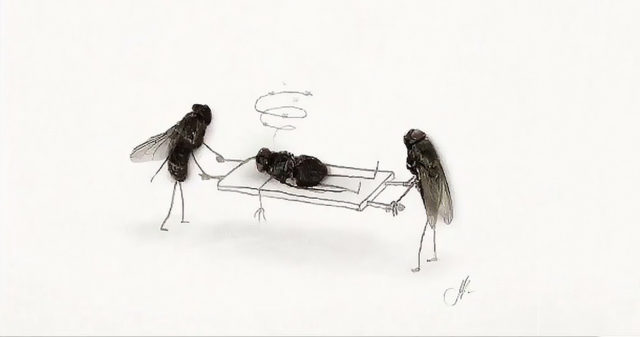 For the second time in five months, a Manitowoc alderman in the first year of a two-year term has suddenly tendered his recognition.  District 1 Alderman Mike Howe has announced that he will resign effective December 31, 2019. This follows former District 10 Alderman Bruce Jacobs’ resignation in August.  The two-year terms for both of these districts were to have ended in April, 2021. Meaning both seats were vacated with more than a year left in the term.

The Council elected to hold special elections in April, 2020 to fill both of these seats for one year–The duration of the original term.  Ald. Jacobs’ seat was temporary filled with Ald. Courtney Pelot (chosen by the Council) while Ald. Howe’s seat was left vacant for now–My understanding is that this is because Ald. Jacobs resigned back in summer and Ald. Howe just resigned, with only a few months remaining on the first year of his term.  With a special election looming in April, it does make sense to leave this spot vacant for a few months.

Clearly, these sudden resignations put the rest of the Council in a bit of a bind.  In my view, aldermen have a responsibility to serve out their term whenever possible.  It is only a two year term, and before submitting a nomination, candidates should look into the crystal ball to determine with reasonable certainty their ability to serve the full time.  Yes, unforeseen events do happen, which is what has happened twice in a short span to the Manitowoc Council.

Ald. Howe stated that he resigned because his business dealings created too many conflicts with his Council job.  The majority of this article will focus on the somewhat murky concept of what exactly constitutes a “conflict”–From a legal and ethical standpoint.

Ald. Howe stated that he has many business dealings that directly and indirectly deal with the City.  Some of these involve getting loans from City- and City-affiliated funding sources (Progress Lakeshore, Manitowoc revolving loan, etc.)  Certainly, most people would at least recognize a need to be very careful here–To freely disclose any conflicts, recuse themselves from certain votes, and so forth.  But when does the line get crossed, and when do these conflicts get to be a large enough part of the job when complete separation is necessary?

The City of Manitowoc does have a Code of Ethics, which is Section 3.800 of the Municipal Code, and can be found here.  Essentially, the code is pretty logical and states that employees and elected officials cannot use their position to give an unfair advantage to one citizen or business over another, cannot use their position to benefit themselves financially, etc.  In other words, if you in any way use your office to benefit yourself or a friend or family member, you are running afoul of the Code of Ethics.

This seems pretty clear, but a lot of real life situations aren’t quite so tidy.  Going back to Ald. Howe, he was one of the investors in the Strand Theatre redevelopment project.  That project did receive a loan from Progress Lakeshore, which gets some of its funding from the City of Manitowoc.  So, is that a conflict or not? There are several degrees of separation there. Ald. Howe was only one of the investors, and the money is a loan, not a gift.  On the other hand, it could be argued that if an alderman is involved in voting on whether Progress Lakeshore should receive money from the City, he or she maybe shouldn’t be taking loans from them.

There’s also the fact that Manitowoc is a small city, so many decisions will naturally involve someone that is known to many, if not all, aldermen.  Simply voting to the benefit or detriment of someone that you know is not, in and of itself, an ethical breach.

Then there’s the question of appearances.  Even if an action isn’t legally a breach of the Ethics code, aldermen still need to look at the appearance of any impropriety.  Here, most aldermen can simply recuse themselves from votes when they appear to have a conflict. Very rarely does this affect the outcome of a vote, so there’s little political risk involved for the politician, so I’m not really sure why certain aldermen choose to unnecessarily put themselves in situations that could appear as compromised.

As another fairly recent example, The Periscope Group was very critical of the City Council’s April, 2019 decision to rush through (in our opinion) funding for an electrical upgrade to the Farmer’s Market parking lot.  This looked bad, especially since the person who would benefit most was the Mayor’s campaign manager!  The mayor and at least one alderman should have steered far clear of that discussion, because of the appearance of a conflict, if not an outright conflict.

At any rate, the Council has given lip service on occasion to tighten up some of the ethics and conduct rules, and perhaps this will eventually happen.