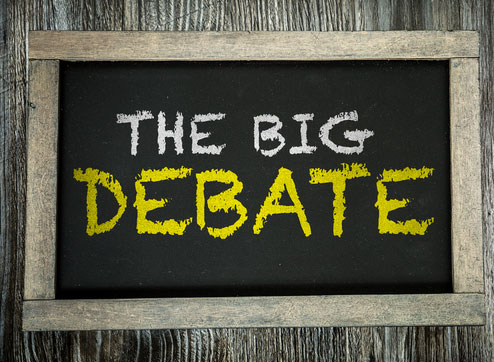 The two basic types of government structures allowable in Wisconsin cities are the mayoral system and the city manager system.  The mayoral system (also known as Mayor/Council) features an elected executive (the mayor) along with an elected common council.  In a city manager system (also known as Council/Manager), the city manager is hired by the council, or by a hiring committee with council oversight.  The candidates must meet certain requirements that are set by the council.

Occasionally in the Council/Manager structure a separate elected Mayor is also part of the organization.  In those cases, the mayor’s duties usually don’t involve any day-to-day operational oversight, but do involve running council meeting, public appearances, and the like.

There are certainly pros and cons to each of the two main systems of government found in Wisconsin, but I feel that the mayoral system best serves the voters.  I will lay out my three biggest reasons below:

In Manitowoc, voters directly cast a ballot for mayor every four years.  Each voter can decide based on their own criteria whether a given candidate is competent or not.  This is a direct way for each voter to express his or her own wants regarding who represents them, and each voter can judge which qualifications the mayor should have.  If a City Council hires a city administrator, then there is a layer of separation between the voters and their administrator. There is no one-degree-of-separation, direct connection.

Reason 2:  It’s easier to get rid of mayor

This is kind of the flip side of Reason 1.  If you don’t like the mayor or think that there is a better candidate, you can vote him or her out at the next election.  In a city manager system, the council would have to decide to make a change, which would, again, put a layer between the voters and the actual decision.  Sure, you could pressure the council to change city managers, and you could even put your support behind aldermanic candidates who pledge to make a change, and then hope to get enough of them voted in to make a critical mass.  But that is indirect and seems like a stretch in reality—It’s hard enough to get a single person to run for office!

There are elements of psychology and group dynamics here too.  If you want to vote out a mayor, you can vote for another candidate by secret ballot during the election.  If you want to get rid of a city administrator, you would have to persuade one or more aldermen to initiate a process of termination.  If you think about how that would happen logistically, the likelihood of it happening seems quite low. If the administrator committed some sort of act that would obviously merit termination, that would be one thing, but what if a few aldermen simply believe that an organizational, philosophical, or leadership change is needed?  They would have to convince a critical number of their colleagues of this, which would involve a fair amount of political risk. Discussions would take place (in closed session) where aldermen who were in favor of making a change would have to make a case to the rest of the Council. There are bound to be aldermen who would support keeping the administrator.  These discussions could get pointed, and if the effort to terminate the administrator is not successful, then the aldermen who were supporting the termination will still have to work with the administrator that they were trying to fire. Awkward! Trust me—Most aldermen won’t stick their necks out in this fashion. This is also true at the Council level if you are trying to terminate a department head.  These dynamics explain, in part, why it is so rare to see city administrators or department heads terminated.

The third, and final, reason that I will present is that the mayor represents a single point of accountability for voters.  If you live in Manitowoc and have a question, complaint, or issue, you can contact the alderman for your district or, if you want to go to the top, the mayor directly.  In either case, you would be contacting someone who you have the ability to vote in or out. The elected official is thus likely to be responsive to you. In Two Rivers, if you have a concern, you could contact an alderman, sure, but there are nine of them.  (And in Two Rivers, the nine aldermen are elected “at large”—meaning no district affiliation—which one would you contact?) If you wanted to go to the top where would you go? If you contacted the City Administrator, I’m confident that he would try to help you, but he does not directly answer to the voters the way a mayor does.

I’m not opposed to a city administrator style of government—I just don’t see it as the cure all that some proponents think it is.  The main reason, again, is that it takes the top executive official too far away from the voters. I have a hunch that a lot of people who lobby for a different organizational form of government are really simply looking for a different executive.  That is, you don’t like the mayor, so you want a city manager government structure. Or, you don’t like the city manager, so you want a mayoral government structure. In both cases, I would urge you to look a bit more closely and ask yourselves whether it is the system that needs changing, or the person who is holding the office?

We Need a New Form of Local Government

Insanity:  Doing the same thing over and over again but expecting a different outcome.

Historically, Manitowoc’s form of government is classified as a Mayor-Council.  (M-C) While this may have served our city well in the beginning, this has not proven to be true in the last 50 or so years.   I propose it is time to modernize our local government and change to a City Manager-Council (CM-C) government.

Consider this:  Let us pretend that all of Manitowoc’s citizens are owners (stockholders) in a company that has a 58.5 million dollar budget.  It is a very complex company. As stockholders, we elect a Board of Directors (BOD), to manage the business. Since the BOD is not expert in running this type of business, they decide they need to hire a manager, a Chief Executive Office (CEO).  Okay, so how do they do this? The BOD analyzes the needs of the business and sets forth on a search to find and hire an individual having the skills, talents, education and personality to run and manage the company. If the BOD hires a good CEO, the company succeeds and thrives.  If they fail to pick a CEO that is not able to make the company successful, the BOD fires the CEO and seeks a new CEO that will make the company prosper.

Now let us change things a little and instead of a business with a 58.5 million dollar budget, we will substitute the city of Manitowoc.  As citizens, we currently run our city, not like the business model above, but with a Mayor-Council form of government. As citizens, we separately elect an Alderman by districts forming the City Council and a Mayor (CEO), not based on his skills or education to run a complex , multi-million dollar “business”, but something resembling a lottery based on a popularity or a name recognition contest.

I propose a City Manager-Council government in this basic form:

There are many reasons why many of the nation’s most successful cities and towns changed to or adopted City Manager-Council government rather than the Mayor-Council.   Here are a few:

So why am I proposing this change?

I came to Manitowoc in 1970.  I chose Manitowoc to open my practice of dentistry and raise my family.  I selected Manitowoc after evaluating many other communities. I found Manitowoc to be a safe and prosperous community having  very good public and private school systems, excellent health care options, a solid industrial base, numerous small businesses, a very hard working and dedicated to the community work force and an excellent transportation system developing on the west side of Manitowoc, the interstate I 43 corridor.  In 1970, the population posted on the sign coming into Manitowoc on Waldo Boulevard read: 34000+. In my evaluation, given the positive values of the City, I estimated that in two to three decades the growth of Manitowoc could easily hit a population of 50000+.

Unfortunately, I was completely wrong on my assessment of Manitowoc’s future.  Do not get me wrong. I love Manitowoc. It has been a very good fit for me and my family.  I have prospered here and have many friends. It is my home.

Since that day in 1970, in the past 5 decades many things have changed.  Some for the better. Some not so good. Some things were economic issues beyond the total control of our businesses and citizens.  Some were major business mistakes and decisions made by our elected leaders. Poor planning, or lack thereof, by our businesses and elected leadership failed many people.  So today, what is our population? We are just a shade over 33000. That is correct, in nearly 50 years, Manitowoc has not grown. While many things have changed, the one thing that has not changed is our form of government.

NOW IS THE TIME FOR A CHANGE.

There are many other points that can be made that make CM-C government far more positive for Manitowoc as it enters into the next decades.  Take the time to learn more about this form of local government and join me in doing what we can as citizens to bring this government change to our great city.

4 – City Manager vs. Mayor:  “Who Runs this Town Anyway?” https://onlinempa.unc.edu/city-manager-vs-mayor

Questions for Discussion or Action:

P  What is the best structure for local government?

P  How do we start the movement to change our government form?  A referendum.

P  Is a CM-C necessarily a more expensive government?  No.

P Are you interested in helping to get this done?  Let me know!