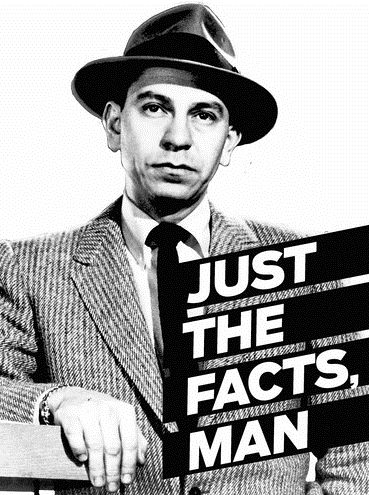 Season 2 of the Netflix series “Making a Murderer” was released recently on October 18th .  The series focuses on the trial, conviction and appeal cases of Steven Avery and Brendan Dassey.  The popularity of the series has caused public outcry towards local law enforcement from near and far.  According to Manitowoc City Police Chief Nick Reimer, misdirected criticism may have been making its way to the department recently.  Apparently the criticism was so intense that Chief Reimer issued a statement of clarification of sorts on the department’s Facebook page in an effort to educate the public on the jurisdiction and lack of involvement that the department had in the Avery/Dassey case.  A link to the original Facebook post can be found here.

The chief’s post begins with three clarifying paragraphs that lay out solid information as it relates to jurisdiction, involvement and oversight.  We acknowledge how the City Police Department may have become frustrated about the misdirected accusations and the lack of public understanding about jurisdiction.  The public was informed and the post could have ended there, however it did not.

Chief Reimer also found it necessary to offer up his opinion about the case in the second part of his post.  He states how the documentary is not “balanced”, references lack of “evidence” and infers the viewer may have “tunnel vision”.  He also references a website link from “Ranker” that offers 16 reasons why the reader should consider coming to a different conclusion than the Netflix series.
While we will never issue commentary or opinion about the Avery/Dassey case, we find it extremely unprofessional that a city employee of Manitowoc would do so on social media.  We question the appropriateness of his post and how it aligns and adheres to the City of Manitowoc’s “City Employee Policy Manual”. The Police Chief’s job is to “protect and serve” the City of Manitowoc, we aren’t sure how this form of Facebook activity aligns itself with that job responsibility.

On page 37 of the Employee Policy Manual it clearly states:

The manual suggests that comments and opinions of this nature have a connection to the City, even if a disclaimer would have been mentioned (and there wasn’t).   The manual requires employees to limit their discussion to matters of fact and to avoid expressing opinions. The Facebook post by Chief Reimer clearly goes against this policy.

In an effort to deflect attention away from the City Police Department, the Chief just created a bigger bulls-eye. In fact, the majority of comments in response to the post on Facebook (over 600) are negative.  Many of them share the same sentiment. Why issue a statement trying to create separation from the case yet offer opinion on the very case that you want to create space from? Is the City going to back the opinion of their Police Chief?  Is this the position and opinion that the City of Manitowoc has on this case? Why is the City injecting itself into the business of issuing opinions on these sorts of things anyway? Where are the City Attorney and Mayor when it comes to vetting these types of posts and enforcement of the City Handbook?  Surely the Mayor and City Attorney have knowledge of the Facebook post as it was published as a story in the local Herald Times Reporter. The Mayor provides oversight and management of the Police Chief and it appears he has chosen to look the other way on this which would be a failure of his responsibilities. Policies and handbooks are great, however policies are only as good as their level of enforcement.

This is a clear violation of City policy.  City employees have no business issuing opinions on legal cases of past or present.  By doing so, it can at times have legal ramifications and also bring upon the city unnecessary negative attention as this Facebook post has now caused.  Law enforcement officials need to remain impartial. Especially in regards to cases that they adamatadely are trying to seperate themselves from and had no jurisdiction over, as the very post went to great lengths to point out!.

Manitowoc is a great place to live.  Sometimes sticking to the facts is the best course of action for our City to operate smoothly, just like the City of Manitowoc’s Employee manual requires their staff to do.