The Periscope Group was founded with the purpose of focusing mainly on City and County issues, but the race for the 25th State Assembly District between incumbent Paul Tittl (R) and challenger Jennifer Estrada (D) has an interesting component that has cropped up, and this race is surely being watched by a lot of City and County residents.

The issue is that Rep. Tittl refused to appear at a candidate’s forum that is run by the League of Women Voters.  The League has been putting these forums on for years  Rep. Tittl’s stated reason for not participating is that he feels that the League is biased against Republicans, and that the League chooses questions that put him in a bad light.  He also pointed out that, in 2016, all questions were submitted by audience members, in contrast with earlier years, in which members of the media asked the questions.  To support his claim, he looked at the political contributions from several of the League members, and they were all to Democrats.  He also offered to debate Ms. Estrada on WOMT radio.

Ms. Estrada (“Vote for Jenni”) is accusing Rep. Tittl of dodging her and his voters, and of being afraid to answer tough questions.  Ms. Estrada is arguing that Rep. Tittl is not in favor of open government. 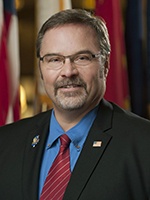 I took part in several candidate forums that were put on by the League of Women Voters, and despite our obvious ideological differences, I was always treated fairly and never felt tricked or trapped.  Also, the League really runs a tight ship with the forum rules and timetable, which I greatly appreciated.  To be fair, I did not take part with the new format of the audience submitting questions with the League picking which ones to ask—This could present a definite bias, and it’s clear that Rep. Tittl believes that it does.

The ideological bent that moderators are starting to bring to debates should not be understated.  Recall the 2012 presidential campaign between Barack Obama and Mitt Romney.  In the second debate, moderator Candy Crowley was openly interrupting and correcting Mr. Romney on a point that Mr. Romney was using to attack President Obama regarding the Benghazi attack.  Closer to home, in a candidate forum for U.S. Senate, many believe that challenger Leah Vukmir was asked aggressive, accusatory questions while incumbent Senator Tammy Baldwin was given far less intense questions.  It is obvious that there is an increasing attempt on the part of debate moderators to be participants in the debate rather than impartial observers.  The only way to stop this from happening is for people wronged by this process to stop participating.

That said, while I don’t think the Rep. Tittl is dodging questions by skipping this debate, I don’t think it would have harmed him to take part, and he could have even used the forum as a way to point out the bias of the questions if it appeared that was taking place.  The real problem, in my opinion, is that there aren’t enough of these forums, so the one or two that are actually held take on more importance than they otherwise should.  It would be nice to see other community groups taking the initiative to put on candidate forums, and different formats would be a welcome change.  The reason this doesn’t happen is, not enough people pay attention to these races.  The forums are almost always poorly attended.  Voters really should pay closer attention to these so-called “lower” races.  City Council, County Board, and to a lesser extent, State Assembly and State Senate are where voters have the closest connection to the elected official, and where an individual has the best chance of being heard.  (Update:  The Chamber of Commerce is having a forum that will feature both of these candidates on November 5.)

Questions for Discussion:
Are candidate forums the best way to find out where candidates stand?

What is the proper format for a candidate forum?

Who should be asking the questions?

https://www.htrnews.com/story/opinion/2018/10/12/manitowoc-election-paul-tittl-not-participating-league-women-voters-candidate-forum/1614314002/  –letter from Rep. Paul Tittl explaining why he chose not to take part in League of Women Voters Candidate Forum