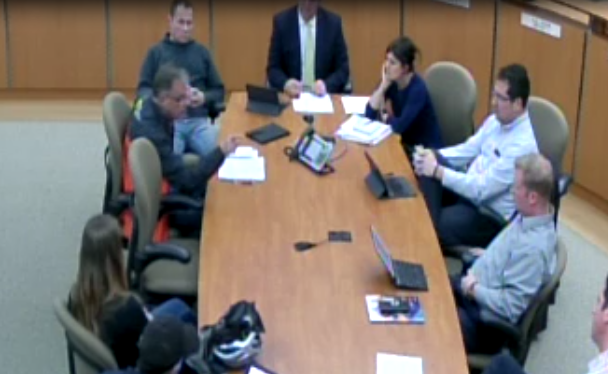 The Periscope Group has discovered an attempt to fast-track some improvements to the Farmer’s Market parking lot.  This lot is owned by Briess Malting. These improvements include some pavement improvements, striping, and signage, as well as a huge upgrade to the electrical service at the parcel, with the total cost exceeding $200,000, with the electrical improvements comprising a large portion of the costs.  These improvements were discussed at last Monday’s Committee of the Whole meeting, and they passed that committee 4-3. That means that this issue will come to a vote at the full Council this coming Monday, April 15. The Periscope is alerting our followers of this and are encouraging you to contact your alderman, and any others that you might know, if you happen to share our concerns about what is happening here.  We are embedding some video clips below from the Committee of the Whole meeting where this was discussed that show some major concerns by some Council members. You can also watch the entire meeting if you follow this link.

The Periscope has serious concerns about this project and the way that it appears to be rushing through.  The aldermen are being told that these improvements need to be done by June 1 of THIS YEAR, which is causing several problems with the project–in particular, a lack of control over costs and the number of electrical contractors who are available to do the work.  Really, though, the Scope’s main concern is over the upgrades to the electrical service to the parcel. These upgrades seem intended to mainly benefit one concert promoter, who also happened to be Mayor Nickels’ campaign manager in 2017 and is a close friend. This doesn’t pass the smell test to us.  The personal relationships, the fast track, the lack of public input…this is too familiar.

Obviously we want our readers to come to their own conclusions, but we would ask you to consider the following:

Why does this project need to be done on a fast track?  (Doing so limits the time for thoughtful discussion and also likely raises the price due to the lack of ability to find contractors willing to bid)?

Where did the specs for the electrical upgrades come from?  Have we asked whether this much service is really needed for this site?

How did past events, including concerts, the farmer’s market, and various festivals, electrify the site to their needs?  (Answer: They either brought in generators or paid an electrician to pull electricity from Franklin Street. They didn’t need all of this juice at the site.)

Why aren’t the Mayor and certain aldermen (who would directly or indirectly benefit if these improvements are made) recuse themselves from the vote?

There are indications that the price of this project jumped considerably from when it was initially discussed to when the current proposal was introduced – Why did this happen?

Here’s how the Committee of the Whole (which is all 10 alderman plus the mayor) voted:  Nickels, Sitkiewitz, McMeans, and Howe voted in favor, Kummer, Novak,and Gabriel voted against, and Lotz, Czekala, Williams, and Brey were absent.