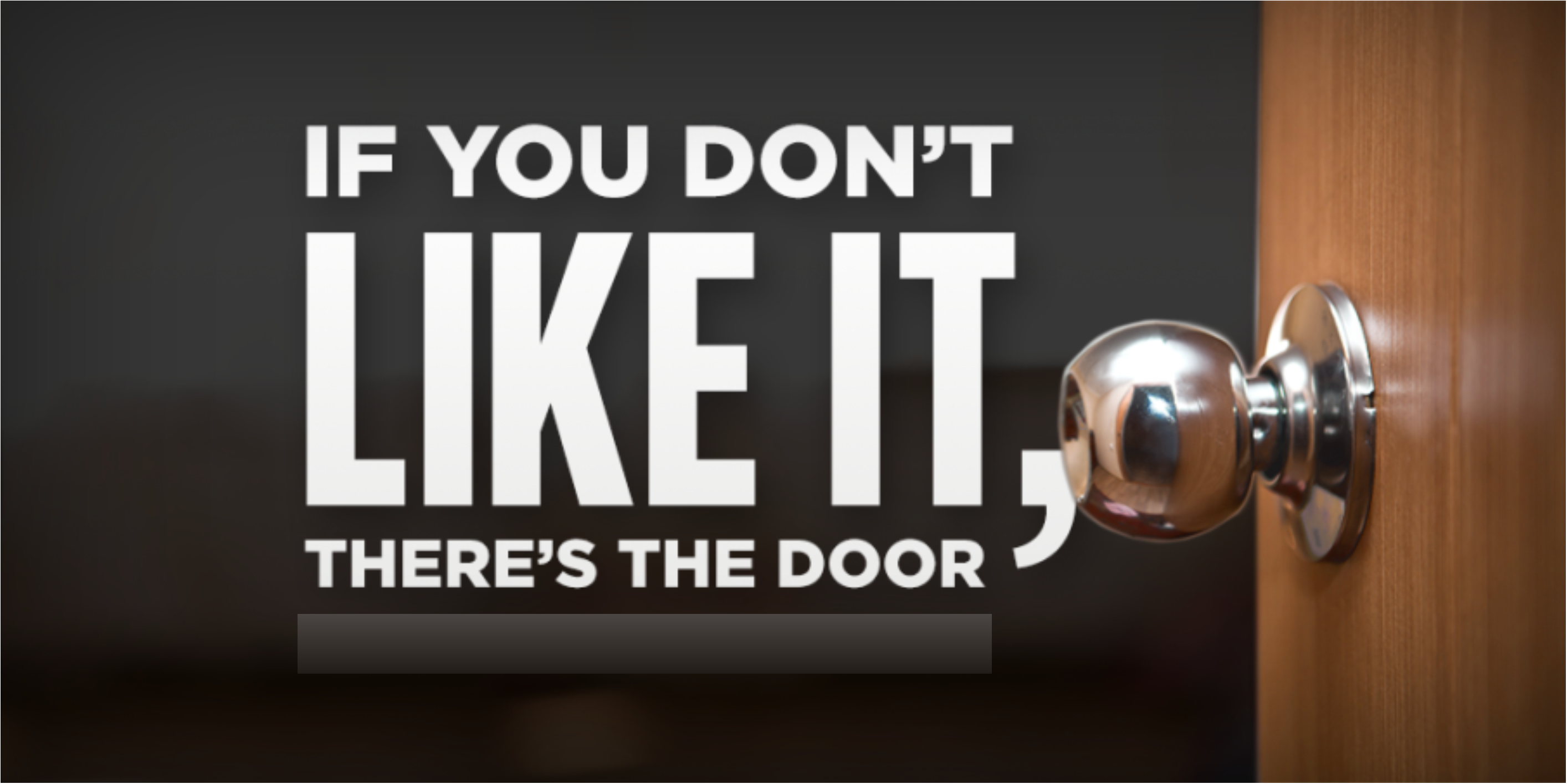 The Farmer’s Market improvements that were proposed at a Committee of the Whole meeting on Monday, April 8 were adopted (with some changes–see below) by the Full Common Council by a
5-4 vote at its Monday, April 15 meeting.  The Periscope’s last article alerted the public about this pending action, and we certainly appreciate all of the support. Some of our concerns about the project have been allayed, but others have been magnified. Really, it’s not the project that the Scope is so concerned about. It’s great to see some improvements to our riverfront and lakefront, and it will be really nice to see some more events downtown.  No– It’s the way that the project was approved, and how it was sold to the public. And, obviously, who will be paying for it and who will benefit most.

As stated, the two big issues surrounding this project are the timing–it appears to many to have been fast-tracked and pushed or rushed to a vote to meet a seemingly arbitrary deadline.  The second issue is, who’s paying and who’s benefiting most, and is the answer to that question the answer to the timeline question? We’ll take each of these questions separately.

To determine whether the project was really fast tracked as it appears to many, there are two possibilities that must be explored.  The first, that was advanced by many supporters, was that it really wasn’t fast tracked. It was indirectly part of the budget that was passed by the Council last November, and was discussed by the Public Infrastructure Committee stretching all the way back to January of this year.

There is definitely some truth to this.  Improvements to the Farmer’s Market were included in the budget, and the project was discussed at the February and March Public Infrastructure Committee meetings (which can be viewed online).  At those meetings, there was a lack of specificity about the scope and the cost, but the need for additional power was stressed by staff and several aldermen. There were also references made to staff level meetings that were held on the project.  The only cost that I remember being thrown out was in the neighborhood of $20,000 to update the power.

In April, the Public Infrastructure Committee referred the matter to the Committee of the Whole, which led us to our last article.  At that meeting, the cost for the electrical upgrades had shot up to $118,000 (total project cost of $207,000) and only one bid for the electrical had been received.  This led to several aldermen crying foul and suggesting that the project was being fast tracked and/or that something fishy was going on due to the huge cost increase.  The project that was approved at the Council came in with a price tag around $131,000 for the whole project. (Staff had been asked to look at ways to save money.)

So, was this project fast-tracked?  It appears so to us. The main reasons to believe this are the wandering scope and budget, and the fact that only one bid was received, which tends to drive up costs.    Supporters of the project defended the single bid by suggesting that it isn’t uncommon–For example, the Waldo Boulevard reconstruction project only had one bidder. They also argued that of course there was only one bid, because the timeline was short–No other contractors were available within the short time frame.  Both of these arguments lend credibility to our argument that the project was fast tracked. The Waldo project isn’t a good comparison, as it is a huge project that only a handful of contractors would have the expertise, manpower, equipment, and experience to attack. And the short time frame leading to only one bid should again tell you–Maybe this project should slow down a bit.  I work with bids at my job all the time and we always seek out multiple bids for construction projects. Why? It gives us the best price. Shouldn’t taxpayers be asking the City to do the same with their tax dollars?

If you agree that it was unnecessarily fast tracked, it is natural to ask why.  Supporters of the project defended the aggressive timeline by saying that Manitowoc needs to move forward, that the project is a great addition to downtown, and that musical acts are turning down the opportunity to come to Manitowoc because we don’t have proper power and other amenities.  Well, we all agree that we want to move forward, but pinning forward progress on a single project that must–MUST–be done by June 1 seems like a bit of a stretch. With regard to musical acts turning down the opportunity to play here, the claim is dubious. When Ald. Novak asked which acts had turned us down, he got no answer.  And–the summer slate has quite a few acts lined up already, including Vic Ferrari on Independence Day and all five Wednesdays of Night Market 920. So, we will ask Ald. Novak’s question again: Which acts have turned us down, and which ones of those have specifically cited the lack of a reliable power supply as the reason for turning it down?  And how have we gotten musical acts to appear in the past if the power is substandard? Here, several people stated that there were some power outages and blips in the past, but it wasn’t stopping those same acts from returning for 2019.

What would have been wrong with the City taking a few months to tighten up the scope, and in all likelihood lower the price, either due to design changes and/or more bidders (due to the longer timeframe).  The City could have advertised these improvements to promoters saying that they would be ready for the 2020 concert season. Since the 2019 slate is already supposedly set, there’s no apparent hurry to get it done for 2019, so doesn’t this approach make quite a bit of sense?

Supporters would have none of this.  The project must be done by June of 2019–no exceptions!  Why? Seriously, why? And should the whole bill be paid by the taxpayers?  There simply must be a reason that this project must be done by this coming June.  And which politicians were most aggressively behind this project? If you connect the dots, you might develop some questions.

We will say that it appears to us that some of the elected officials probably should have recused themselves from this vote due to conflicts of interest.  By the letter of the law, the city attorney has stated that there is no legal reason for these politicians to recuse themselves. We won’t argue with that.  But appearances should also come into play–If politicians are using their positions to use tax money for projects that have a high likelihood of benefiting their friends or business associates, that just doesn’t look good.  The Mayor said that he wants to be “buddies” with people who want to do something to make Manitowoc better. Fair enough–We want that too. But having a casual, friendly relationship with a CEO is one thing, and having a close friend who is a concert promoter and was your campaign manager is another.  The Mayor tried to equate the two. He also tried to equate spending tax money on this project to spending money on the Mariner’s Trail or a TIF. Again, these comparisons are lacking.

Another issue that cropped up at this meeting were attacks by elected officials against The Periscope Group.  First, Mayor Nickels suggested that the only reason that members of the public even questioned the project was because an “online blog” posted an article that “clearly didn’t have all of the facts”, and that we were dragging Brennan Seehafer’s name through the mud.  He follows by saying that the upgraded Farmer’s Lot will benefit all taxpayers–not just concert promoters.

Strange though that statement was, what happened at the end of the meeting was especially batty.  First, the mayor apologized to the citizens for the way that the meeting was conducted–namely, the disagreements that were involved in the Farmer’s Market discussion, insinuating that the Council should not be behaving in such a fashion.

Then, Alderman McMeans chimed in and said that he gets disappointed when people “thrive on negativity, thrive on a tabloid type situation”. (TPG labeled a tabloid–gasp!)   He doesn’t wish us luck, and he thinks there’s a solution for people like this–There are plenty of other communities in which we could live.  In other words: If you don’t agree with what the power brokers want, you’re being negative and there’s no place for negative people in Manitowoc–So move away!

My friends, these last two statements sum up one of the biggest reasons why The Periscope Group was founded in the first place.  We have noticed that a small group of elected officials have slowly but surely consolidated power, and anyone who dares question them is labeled as opposing progress or negative, and attempts are made to marginalize or even silence them completely.  The statements from this meeting strongly support this assertion, but there are others. Consider the Council’s recent actions to censure, silence, and drive off the Council Ald. Rhienna Gabriel, which was closely followed by TPG. The Scope strongly suspected that these actions were not due to Ald. Gabriel’s behavior, as was stated, but instead due to her desire to streamline government, ask questions, and generally try to find a better way to do things.

As another example, when I was still on the Council, when things got contentious, the Mayor would often admonish us, saying that “we don’t want to be like the Green Bay council”.  Now, if you follow local politics, you know that the GB council has some warring factions, and council meetings are often long and contentious. So if you question anything on the Manitowoc Council floor, think twice–you’re as bad as them!  Nobody wants that!

There are obviously a few problems with this.  The first is–and this is not a minor point–we live in a democracy!  At all levels of government, officials are elected to do the will of the people that elected them. If you disagree with something, you are obligated by your duty to your constituents to speak out.  Sorry, but this is not being negative. This is doing your job and respecting your position. To state that this is negative is to argue that, by decree, your views are “positive”. This leads to another problem that plagues a certain group of the Council.  They alone decide what’s right and wrong. They alone decide what constitutes progress and lack of progress. They alone decide how other aldermen should behave. They are smarter than you. They know it, and you should know it. Your job is to sit down and shut up, continue to reelected them, and if you don’t agree, then you need to move to a different city, because you’re in the way of progress.  This is beyond absurd.

Finally, am I the only one that thinks that the “progress” theme that is being used to attempt to silence critics of this project rings just a bit hollow?  It’s really interesting to look at what is viewed as representative of progress. Never mind that our population has been flat since 1970 while cities around us have grown.  Never mind that major employers have left town. Never mind the lack of job diversity. No, the number one issue plaguing us and holding back progress is the lack of a patching and striping pavement, and upgraded electrical service to a riverfront parking lot.  Seriously?

Readers, you already know that the only way to combat this is to continue what you have been doing.  Contact your elected officials, share these articles, discuss city government with your friends and family, and vote.  Thanks so much for your support.