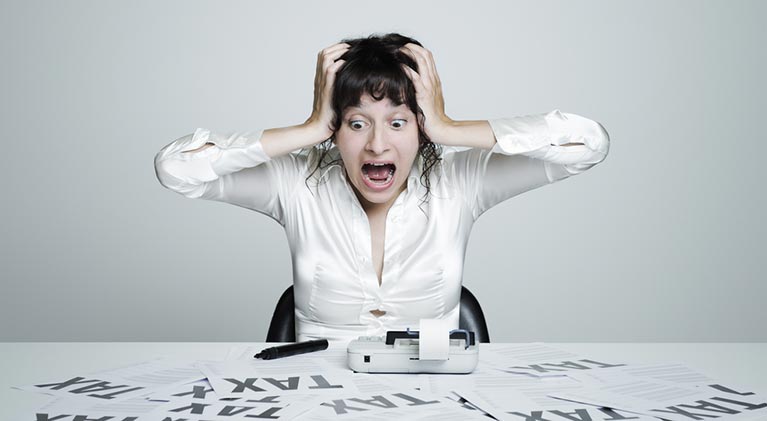 If you think that Halloween is scary, just wait until you see the new tax that the City is trying to sneak into the 2019 budget.

Wheel Tax:  Another Trick in the Taxer’s Arsenal—and no Treat for Many Taxpayers!

Have you ever had to pay for something twice?  On the other hand, have you ever gotten something for free?  The wheel tax that is being proposed by Mayor Nickels in the 2019 City of Manitowoc budget is promising to put a significant percentage of Manitowoc residents in one of these categories.  If you just paid a large special assessment for a road construction project outside of your home, be prepared to reach back into your wallet to pay for a wheel tax.  On the other hand, if your street needs repair but hasn’t been repaired yet, you have won the lottery!  You will “only” need to pay the wheel tax, and won’t have to pony up thousands of dollars in special assessments.  Keep your fingers crossed that you are one of these lucky ones!  If you’re not, oh well—Life’s not fair!

As background, Manitowoc Mayor Justin Nickels’ 2019 budget includes a wheel tax of $20 with the stated purpose of this new tax taking the place of special assessments.  Special assessments are charged to residents whenever the City constructs certain public improvements alongside private property—often, road resurfacing and reconstruction.  These special assessments can run several thousand dollars depending on the improvement being made and the number of feet of road frontage that a property has.  This can be a big hit for many taxpayers, even when taking the five year repayment plan that the City offers.  The wheel tax—which would charge residents $20 per year for most automobiles and light trucks–is being sold as a more equitable way to pay for improvements.  The wheel tax would bring in an estimated $400,000 per year in revenue, which is the average amount of money that special assessments have brought in over the past several years.

The fairness aspect is only one of the reasons that this tax should be very closely scrutinized.  The Scope will look a little deeper, and will present several reasons why this tax might not be such a great idea.

To start, and there’s no way around this, the wheel tax would be a new tax.  (Isn’t it interesting that the same politician that is proposing this new tax at the City level is also championing a new sales tax at the County level?)  One should always be weary of new taxes, because once they come into play, they are almost never eliminated.  Remember the supposedly temporary Miller Park Stadium tax in the Milwaukee area?  Here, of course, the wheel tax is being sold and promised as a replacement for special assessments, meaning that special assessments would be eliminated.  That sounds balanced, but what would stop the City from bringing back some form of special assessments in a few years, which would be levied in an addition to the wheel tax which would have been in place for years by then?  Do you think that the City won’t go back on its promise?  Remember the City’s promise that the Meijer parcel would never be placed in a TIF?

The Mayor is trying to bolster his argument by saying that several other cities and counties in Wisconsin already have wheel taxes.  This is true, though hardly a justification for us to implement one.  And, most other municipalities that have wheel taxes implemented theirs in order to plug budget shortfalls.  Think that would never be a consideration in the future in Manitowoc, in place of the stated purpose to replace special assessments?

Second, this wheel tax idea is being incorrectly sold as an either-or:  either we keep special assessments, or we implement a wheel tax.  I have heard a couple of elected officials say that they would support the wheel tax only if we use it as a way to get rid of special assessments.  However, there are other ways to pay for infrastructure improvements besides a wheel tax or a special assessments.  For example, the city could choose to pay for them out of general property tax revenue.  This may sound crazy, but we are already doing this to some extent.  For example, for new concrete street construction, the city currently pays 40% of the cost while the property owner pays the remaining 60% as a special assessments.  (The percentages vary based on the type of construction and the materials used.)  So, this could be done with a little budget creativity.  $400,000 is not that much money to find in an annual budget, especially when you look at some of the questionable expenditures in the 2019 budget.  Specifically, there are four new positions (a Parks Planner and three Public Infrastructure Laborers) that are probably not needed, at least not as full time employees.  If we didn’t create them, those costs alone would make up a significant chunk of the $400,000.  The Parks Planner position is budgeted at $88,000 per year, while each Public Infrastructure laborer is budgeted at just shy of $52,000 annually.

Third, if a wheel tax is implemented, great care ought to be taken in its implementation.  The Mayor is calling for the wheel tax to be implemented all at once—At the beginning of 2019, the wheel tax would be in effect, and the special assessments would go poof!  The Mayor has said that we must “draw a line in the sand” and that is why January 1, 2019 has been chosen.  What’s the rush?  We think that implementing the tax in this way would be grossly unfair.  Imagine if, within the last handful of years, you had shelled out several thousand dollars in special assessment fees because your street was reconstructed.  Starting in 2019, you will be paying the wheel tax in addition, even though your road won’t need to be worked on again for possibly decades.  On the flip side, imagine that your street is up for reconstruction in 2019 or 2020.  You would have been on the hook for the special assessment, but now you’ll only have to pay the wheel tax and you’ll get the work done.  This is setting up a system of winners and losers that will hit certain people very hard.  It would make a lot more sense to phase this wheel tax in over a number of years, and/or to exempt certain taxpayers from this tax for some time.

Fourth, this wheel tax would be a new tax, and once it is implemented, it will never go away.  OK, this is a repeat of our first argument.   But it bears repeating because it is very serious.  New taxes must never be viewed with nonchalance.  The yearly fee, which now stands at a seemingly manageable $20, could easily be raised in future years.  Milwaukee County recently considered–though ultimately rejected– doubling their wheel tax to $60 per year, for example.  What would stop that from happening here?  Also, as mentioned earlier, how can we be so sure that special assessments would be permanently eliminated?

Finally, we can’t fight the feeling that this tax is being snuck through, without much meaningful public input and without the public really understanding the repercussions.  The main reason that we feel this way is that it is being put into the budget rather than being part of a separate resolution.  The budget has a lot of parts, so the wheel tax isn’t going to get the same amount of scrutiny as it would if it was a separate issue.  And, sadly, the Council has a strong tendency to rubber stamp the Mayor’s budget.  Oh, they will have long meeting after long meeting to deliberate, and there will be long speech after long speech on the Council floor about how hard they worked on it.  And, a few small budget changes will be made, and they will be sold as big changes.  But, trust us—This is just window dressing.  The vast majority of this budget has been signed off on by a critical mass of Mayor-allied aldermen before it was even unveiled, and that includes the wheel tax.  The Mayor has also put together a Facebook poll to gauge reactions to the wheel tax.  I’m sure that his Facebook friends are wildly enthusiastic about this tax, so watch for the Mayor to use the results of this irresponsibly unscientific poll to bolster his argument that the public wants this tax.

The Scope thinks it would make sense to take a step back, educate the public on what this tax would really entail, and find out what the public really thinks about this tax.  Might an advisory referendum be appropriate?  What do you think?

Questions for Discussion:
Is a wheel tax the best way to pay for infrastructure improvements?
Should a wheel tax be phased in?
Can we really trust the promise of no more special assessments?
What are some of the experiences from other cities with wheel taxes?

https://www.htrnews.com/story/news/2018/10/16/manitowoc-budget-mayor-justin-nickels-proposes-20-annual-wheel-tax/1653319002/  –article outlining proposed 2019 City budget with some information on the wheel tax.

https://wisconsindot.gov/Pages/dmv/vehicles/title-plates/wheeltax.aspx –a resource from the Wisconsin Department of Transportation listing the municipalities with wheel taxes

https://theperiscopegroup.org/countytax –Periscope article about the proposed County sales tax (another new tax that is being championed by the same person who is proposing the wheel tax)